Are Our Frugal Habits Wasting Money?

Are Our Frugal Habits Wasting Money?

These days, it seems that comparison shopping and stretching a dollar is not necessarily saving us money. Coupons and such can often just get us into the store and lead us to buy things we normally wouldn’t have purchased, merely because they seem like a good deal. 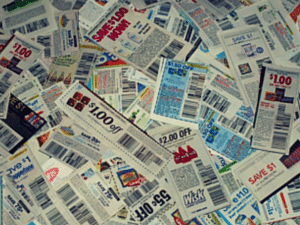 Shane argues that we’re so consumed with finding a bargain that we never stop to think about whether we really need the item that is on sale. Our homes are overwhelmed with possessions.

So, while frugal habits are financially beneficial, try not to be tempted by deals you don’t need. As Shane puts it – if you don’t need it, then it is not a deal.

You Deserve a Debt Free Future

Debt Relief through debt consolidation loans
How Debt Negotiators Could Reduce Your Debt
Debt Consolidation Loan Options to Reduce Debt
Debt Help for Those With the Wrong Mindset
Are You Saving Enough For Your Future?